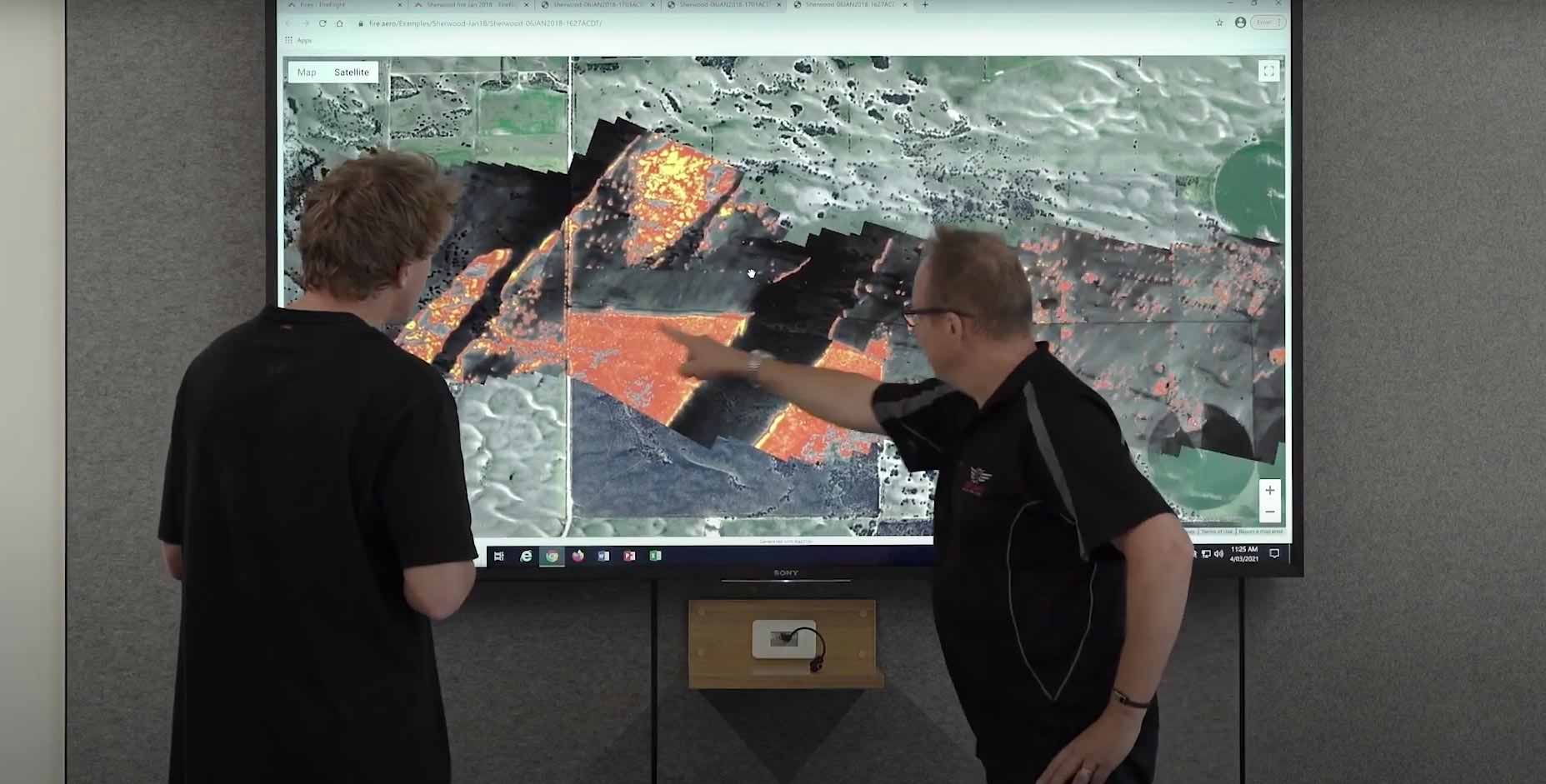 Listen to Dr. Paul Dare talk about how the FireFlight system can help you and other fire agencies fight and manage wildfires.

We established Fireflight Technologies as a standalone company in 2019. Since then we’ve been growing rapidly. We’re building fire mapping systems that go on light aircraft and we’re deploying those both domestically in Australia and internationally as well. We’ve had our systems deployed in Queensland and Fraser island working on the fires there.

Recently we’ve had a system deployed down in Tasmania. Got another one deployed over in Western Australia. Next fire season we’re going to be deployed here in South Australia, which is really good to work in our home territory. So when a wildfire or when a bushfire goes through terrain like this, it can be really difficult for the firefighters to know where the actual fire is.

If you look around here, you can see there are lots of trees. Imagine on a really bad fire day, that’d be smoke blowing through here. That’d be a strong smell of fire, but it’d be really hard to know where the fire is just over that hill line up there or whether it’s three kilometers wide. It’s very difficult to tell.

So what we’ve done is we’ve developed some technology, some camera system, thermal imaging cameras that go on airplanes. We fly those airplanes high over the fire, way above all the other aerial firefighting traffic, or we’re up to that 10,000 feet. The camera flies straight over the top of the fire.

It takes images of the fire, turns those images into a map, and then they can get delivered down to the firefighters either to their personal electronic device or on their iPad or their iPhone, they could see the fire map, or it can be sent to the headquarters, the fire agency headquarters. They can look at the information there and base their strategic decisions on the information they’re getting.

So the root importance for the mapping is that when you’re out on the ground pipe, a fire, it’s really important to know where the fire is. Just firstly, obviously to keep yourself safe and keep the other firefighters safe. And then secondly, to make sure, you know where to get to the fire.

Where, where is it you want to go to fight the fire? Where’s the worst of it? Where’s the, where’s the place you can get the fire where you can fight it most efficiently. So these maps are really important to firefighters on the ground. Our system is different in, that we’re not doing video, we’re actually trying to make maps.

There’s one in Australia and I know of one other in North America, they’re multi-million dollar systems and they fly on multimillion-dollar aircraft. So that’s a very expensive asset for a fire agency to buy or to operate. Our system is very much smaller. It can go on a much smaller aircraft like Cessna or a Piper, the sort of little aircraft that you see at the local, the local flying school.

We can put our equipment on that. We can create geospatial products, mapping products, which are as good as what can be created from the multi-million dollar system. But we can do this for a much smaller price. And the important point of that is that it means we can have many more of these systems spread around the state.

So there can be one in Adelaide. That can be one in port Lincoln, one in port Pirie, one in Mount Gambia, they can be spread widely and put in the areas of fire danger. So they don’t have to travel a long time to get to the fire. They can be onsite and operating straight away.

For more information about the FireFlight system and how it can help you and your team fight fires, see our fire case studies or please contact us.